Jonathan Spiegel ‘04: “Without Beta Sigma Beta, I wouldn’t have met some of my best friends who’ve influenced my life in more ways than they know.” 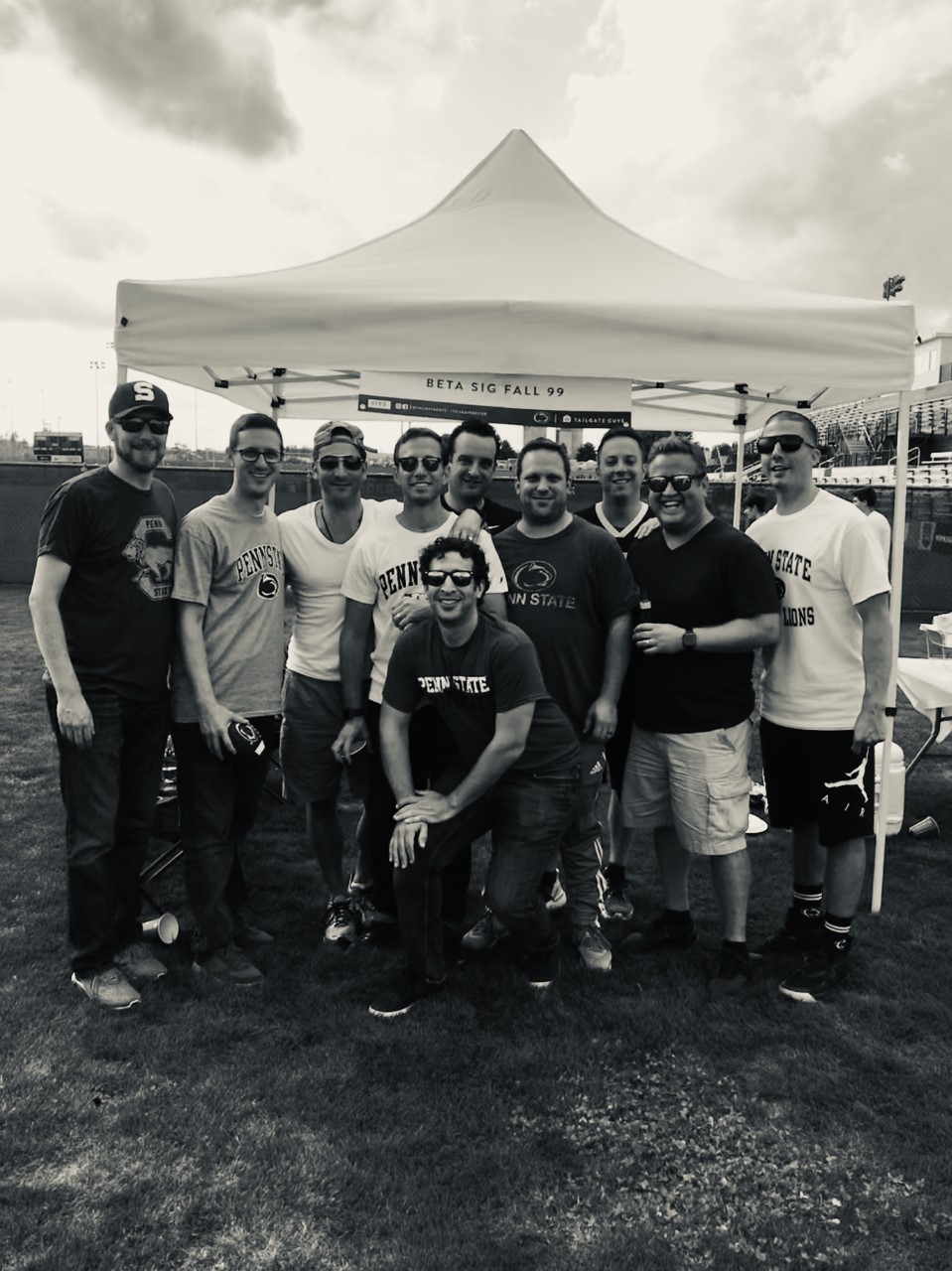 Jonathan Spiegel graduated from Penn State in 2004 with a degree in business management. Jonathan’s career has been largely focused on asset management, and he currently works at IndexIQ, a boutique ETF provider, as head of Product Development.

During his time in Beta Sigma Beta, he was pledge number 512. He served as social chair, vice chancellor, and chancellor.

When asked what impacted his decision to pledge to Beta Sigma Beta, Jonathan says, “Pledging a Jewish fraternity was important to me which narrowed the field quite a bit. Beta Sigma Beta stood out to me based on what I observed as the closeness of the brothers and the quality of the person that was already a brother.”

Jonathan says the brothers and independence of the fraternity is what stood out to him on the campus of fraternities. “Beta Sigma Beta was and remains a local fraternity without any national organization overseeing it. That showed through in the brotherhood with undergrads stepping up and taking on a lot of responsibilities in order to effectively run the house.”

Some of his favorite memories in the house included some good, old-fashioned brotherhood bonding. “One of the best memories I have was playing beach volleyball outside the House on nice weather days. That’s something that always seemed to bring brothers together.”

Jonathan says that being a part of Beta Sigma Beta affected both his professional and personal lives after graduation. “Taking on leadership roles in the house was far more valuable than I realized at the time. Professionally, it helped me to understand the value of organizing, delegating and managing others. Personally, I made some of the best friends I’ve ever had and still maintain today. Life gets really busy, but it’s great when we have my pledge class still keeping in touch via group text.”

Giving back to the fraternity is crucial for Jonathan. He currently serves on the Beta Sigma Beta alumni board as the President. “Beta Sigma Beta has given a lot to me over the years. Some of that took time to see and other parts were more immediately obvious. I volunteer out of a sense of duty to this great organization and wanting to see it continue to thrive. We are a locally run/organized fraternity and alumni association. We don’t have support from a larger national organization. That comes with benefits and disadvantages and certainly brings folks closer together.”

“Without Beta Sigma Beta, I wouldn’t have met some of my best friends who’ve influenced my life in more ways than they know.”